Roux Scholar and Hide chef Martin Carabott were first to take to the stage with his mentor, industry legend Michel Roux Jr., the two Michelin-starred chef owner of Le Gavroche.

His dish, Martin said, was an ode to the great things he has been lucky enough to experience in his career so far, from working at Eleven Madison Park, to winning the Roux Scholarship and finally being on stage with Michel Roux Jr. today.
“Hopefully this dish reflects that and hopefully it’s a similar style, but it’s my cooking and my journey.”

Next up was Michelin-starred head chef of The Harwood Arms, Sally Abé, whose gastropub was recently named best in the country.
The recently-announced GBM 2020 contestant prepared a starter on the menu at her London establishment: devilled crab tartlet served with lovage mayonnaise and topped with fresh herbs.

Executive chef at The Holborn Dining Room, Calum Franklin, together with sous chef Nokuthula Mbambo stepped up next, exemplified how centuries’ old British dishes like the humble pie fit right in the world of modern gastronomy, with their dauphinoise, comte and caramelised onion pie, intricately decorated, baked and served with a parsley sauce.

Michelin-starred chef and owner of Kitchen Table James Knappett was joined by his wife and founder of Bubbledogs, Sandia Chang, preparing a dish of Cornish crab and pomelo salad over Jersey royals and sea kale finished with a verbena sauce and a rose granita.
Sandia went to culinary school in the US before deciding to pursue a front of house career and finally becoming a trained sommelier and met James at Thomas Keller’s Per Se.

Lastly, Michelin-starred chef Angela Hartnett and Lime Wood chef Luke Holder – who have worked and known together for so long, they told us, that they have become the best of friends – wrapped proceedings up with a “pasta-off,” cooking spinach and ricotta ravioli, gnocchi with morels and wild garlic and double agnolotti.

While on stage our chefs and front of house professionals discussed a variety of topics, such as what they aspire to in their professional lives, the relationship between front and back of house and how it has evolved over the years, the importance of treating staff well and making them feel valued, allergens and more.

After their demonstrations, they answered the audience’s questions, from technical tips and advice to what they do to support the disabled working in professional kitchens. 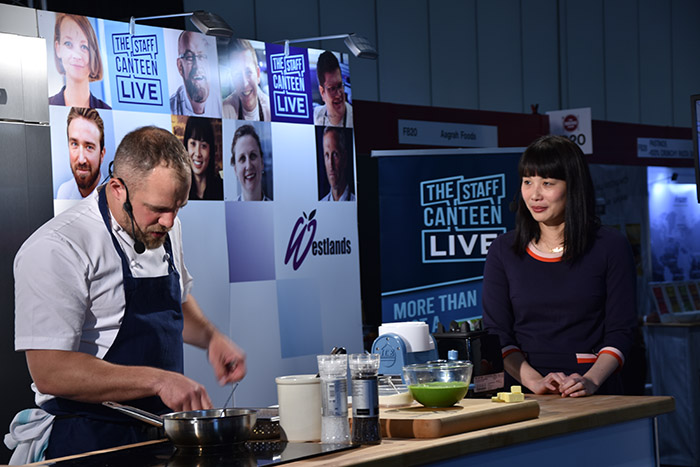 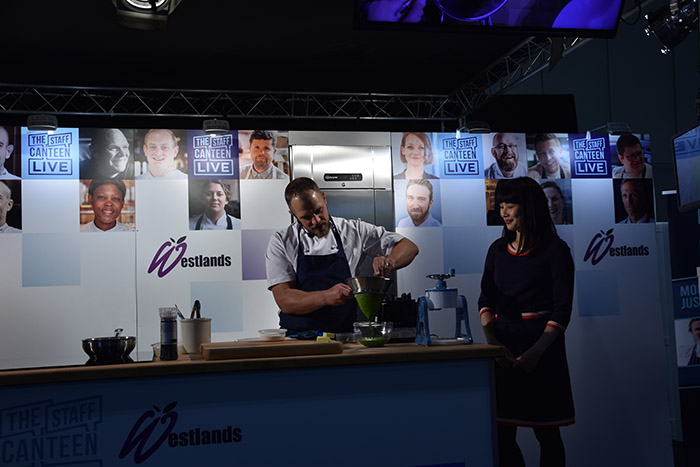 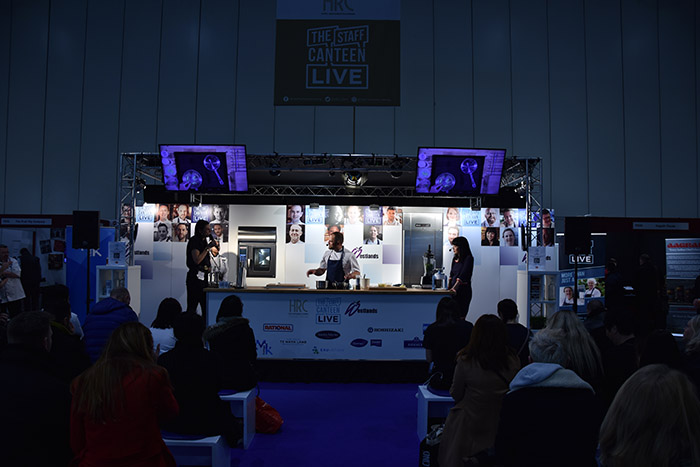 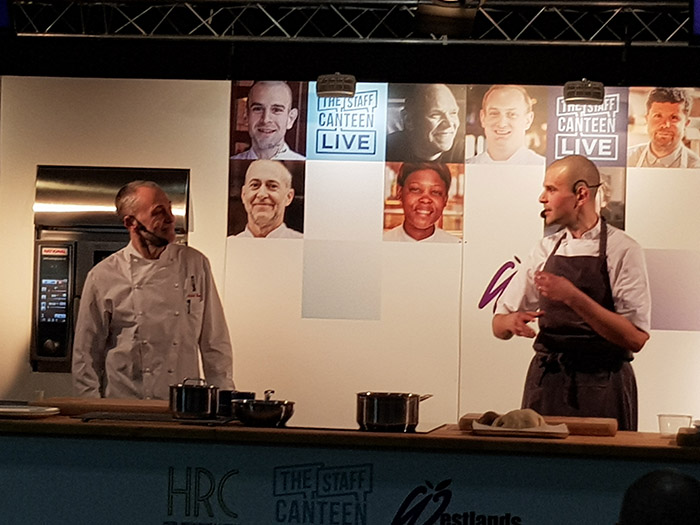 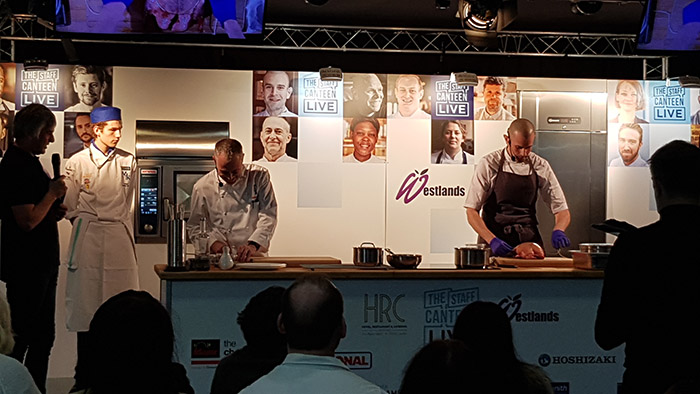 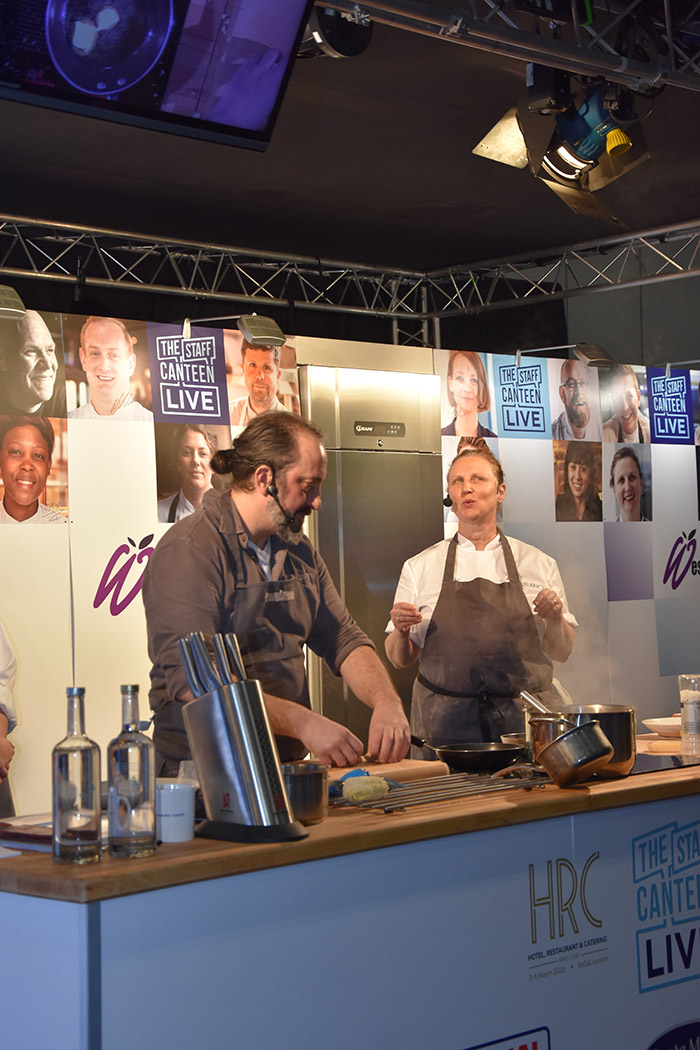 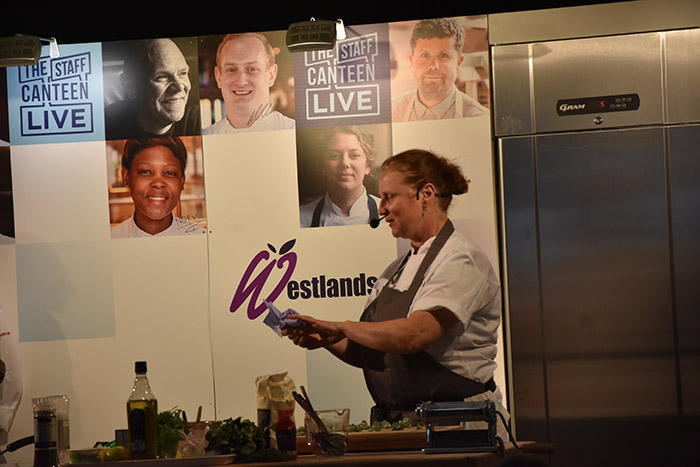 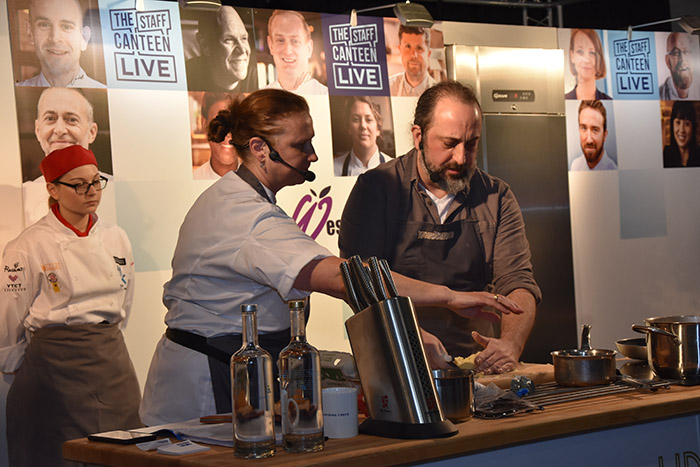 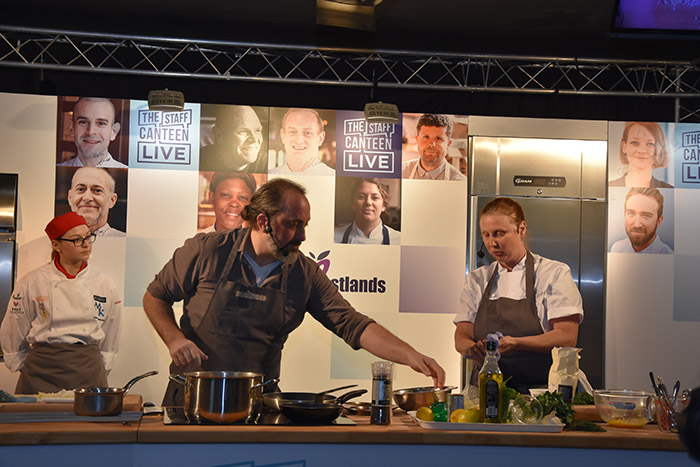 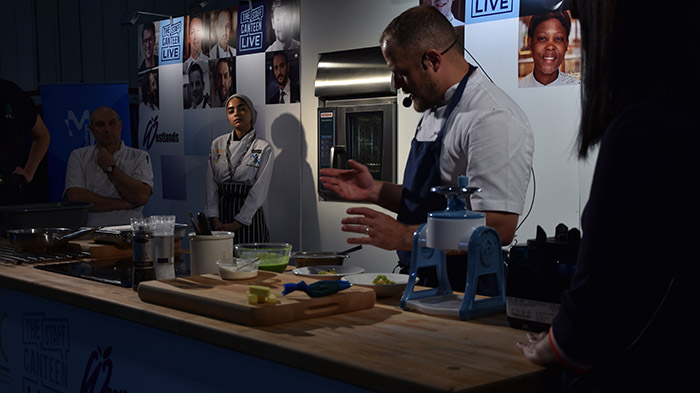